Every love story is one worth telling. It’s the little moments of candid connection - whether a tender glance of the eyes, or an unexpected laugh at an inside joke between lovers - that I strive to capture my work. My greatest joy is telling your story with creativity and sincerity - and here is an honest glimpse into some of those special, powerful moments.
LET'S CONNECT

Sometimes, photo sessions don’t go according to plan. I knew that we were in for an unexpected adventure when we all arrived late to Burney Falls State Park because everyone had gone to Burney Falls National Forest, instead. As we made our way down to the waterfalls, Joe and Shaylin told me all about their love story and the wedding they were preparing for. The closer we got to the water, the colder and wetter it became outside. The freezing cold was only compounded by the rain. But there are some loves that cannot be stopped by the cold, or rain, and these two have exactly that. We had so much fun together that we all forgot entirely about how bitterly cold it was, or how rainy it was getting. They happily went to the edge of the water and laughed and played together, and as I took their photos, I couldn’t help but think to myself that the force of the water and the depth of their love for one another were very evenly matched. It was a true joy to take part in those moments with them, and to capture the playful, powerful force of their story. 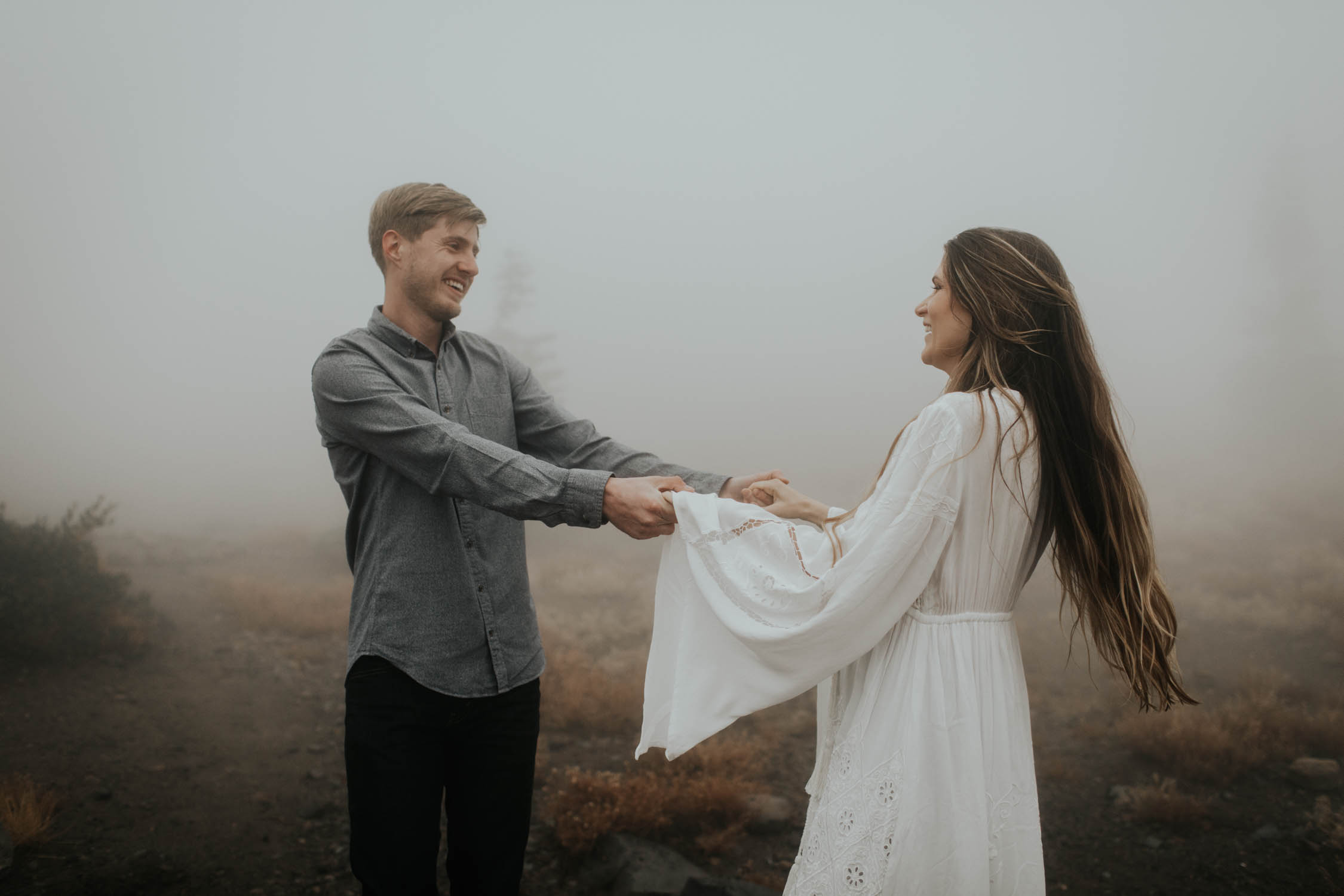